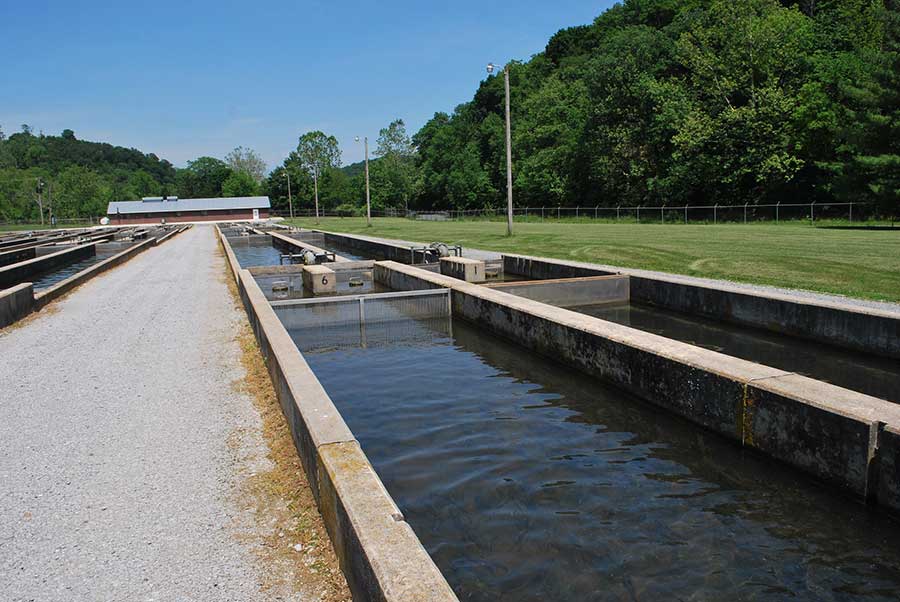 Polyurethane geofill was used to remediate an aging facility in West Virginia.

The Reeds Creek Fish Hatchery in Franklin, West Virginia is an essential hatchery for producing rainbow, gold and black trout for facilities across the state as well as stocks for local streams and ponds. The state-run trout farm was experiencing issues when large voids formed under its 70-year old  “raceways” due to leakage from overflow wastewater pipes.

The system needed to be remedied quickly, and without causing issues for the fish in the hatchery.  The solution was to use an expanding polyurethane grout as geofill.

For this particular job, TerraThane 24-042 NSF certified polyurethane from NCFI was selected as the right solution. 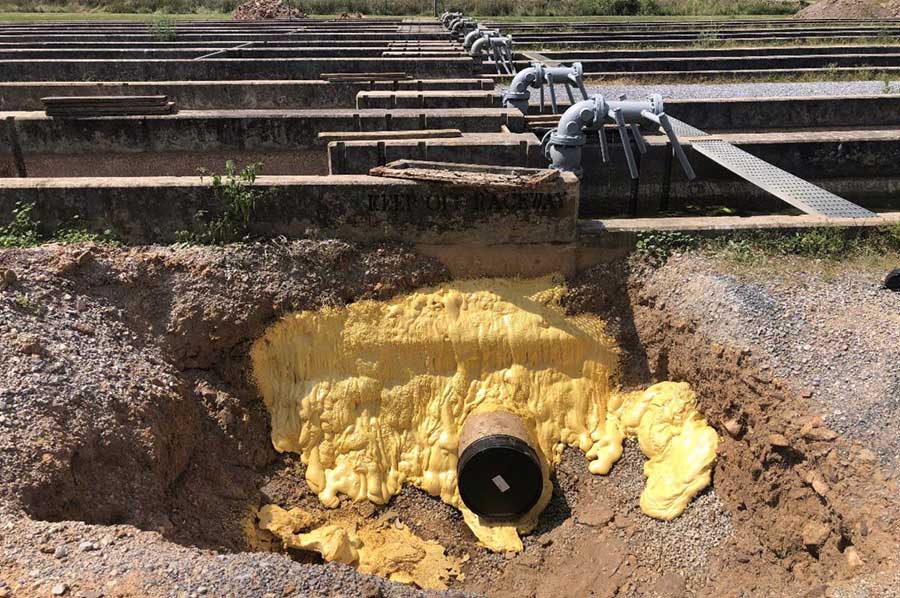 The Reeds Creek Fish Hatchery consists of eight hatchery troughs, or “raceways” that have 10 overflow “boxes” distributed across the raceway.  The boxes help ensure water overflow is controlled by distributing overflows through a network of 70-year old 10-inch and 16-inch diameter pipes made out of transite, a now-obsolete type of  asbestos-concrete. These feed into a 24-inch mainline that transports excess water to an overflow pond. The pipes were experiencing leakage throughout the system that was causing soil washout and, subsequently, creating large voids underneath the raceways.  These voids were allowing the raceways to settle and crack in a few isolated areas, which was leading to additional water loss.

High Caliber Coatings, a local contractor experienced in polyurethane, was contacted by the general contractor and consulting engineer to determine if polyurethane injection could be used to rehabilitate the hatchery. Any viable solution would have to solve multiple issues and meet a variety of requirements:

1. The polyurethane would have to meet NSF 61 potable water standards, meaning the material was rated for drinking water.  This was of immediate importance as the hatchery’s water quality would have to be maintained in order to ensure the trout were not impacted or contaminated in any way.

2. The polyurethane had to be able to seal the transite pipes from the exterior.  Prior to High Caliber entering the project, a lining company was hired to line the pipes using CIPP (Cured In Place Pipe) to seal the 16” pipes.  The CIPP was for the most part successful, but in a few isolated locations there were some leakage issues.

3. The polyurethane must be able to fill the voids underneath the hatchery and create positive contact between the raceways and the base soils, reestablishing the original load pathways.  The catch here was that this had to be completed without causing additional damage to the raceways by lifting or creating upward pressure on the concrete.

High Caliber was able to meet all of these requirements using the Terrathane 24-042 NSF polyurethane.  The product has NSF 61 certification, allowing High Caliber to use the system around aquatic life without fear of contamination. The 24-042 is additionally able to seal and encapsulate the pipe while still achieving its void-filling requirements. 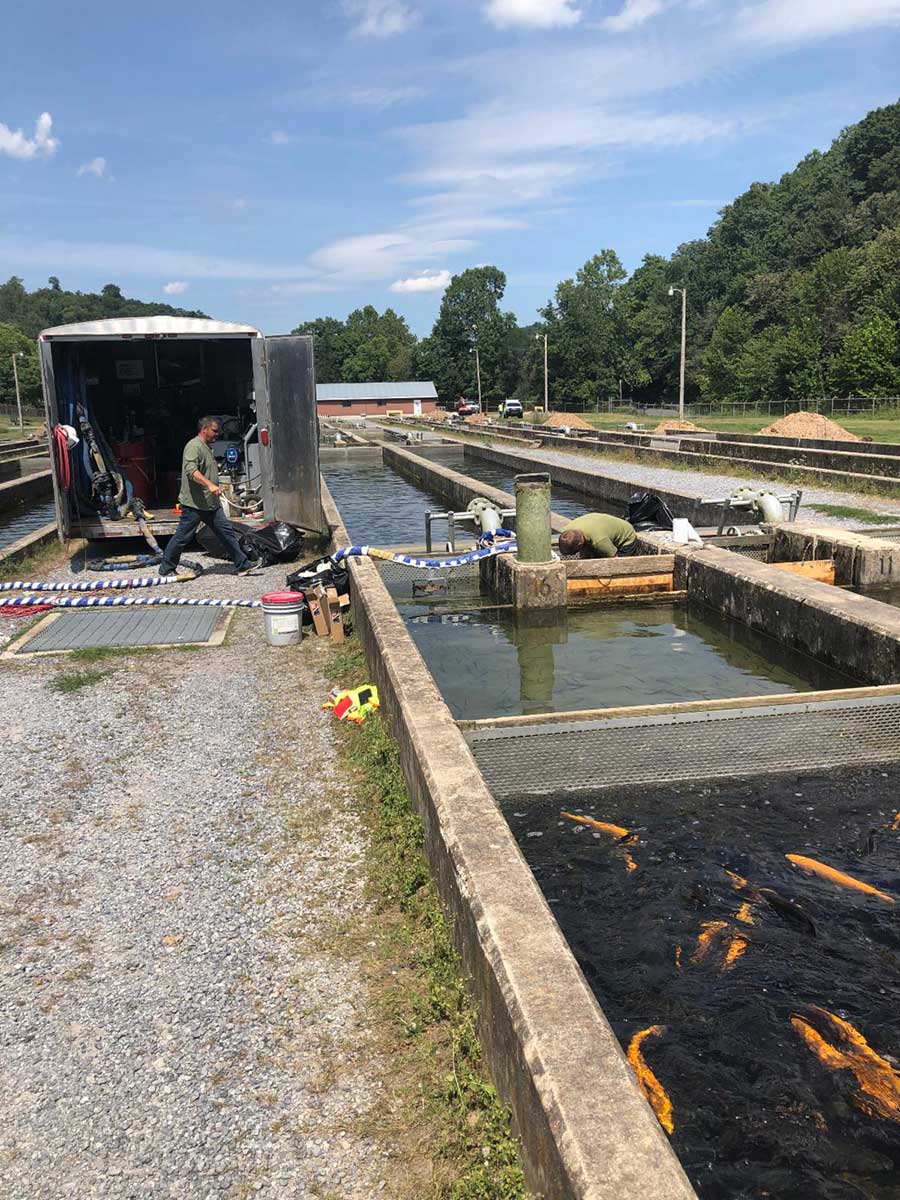 “The NSF certification and void-filling capabilities of the 24-042 made this polymer ideal,” states Andrew Tucker, owner of High Caliber Coatings. “With the use of various monitoring and injection techniques we were able to meet all of Reeds Creek’s environmental requirements and exceed their project goals.”

The 24-042 is a void-filling polymer  designed to have optimal flow for filling large cavities, while not creating a high amount of expansive force and lift. 24-042’s slow cure-time ensured the polymer’s spread and expansion filled all of the cavities within the void area from one injection location. Additionally the final, cured system produces a hard shell that helps distribute the load through the foam and into the base soils. 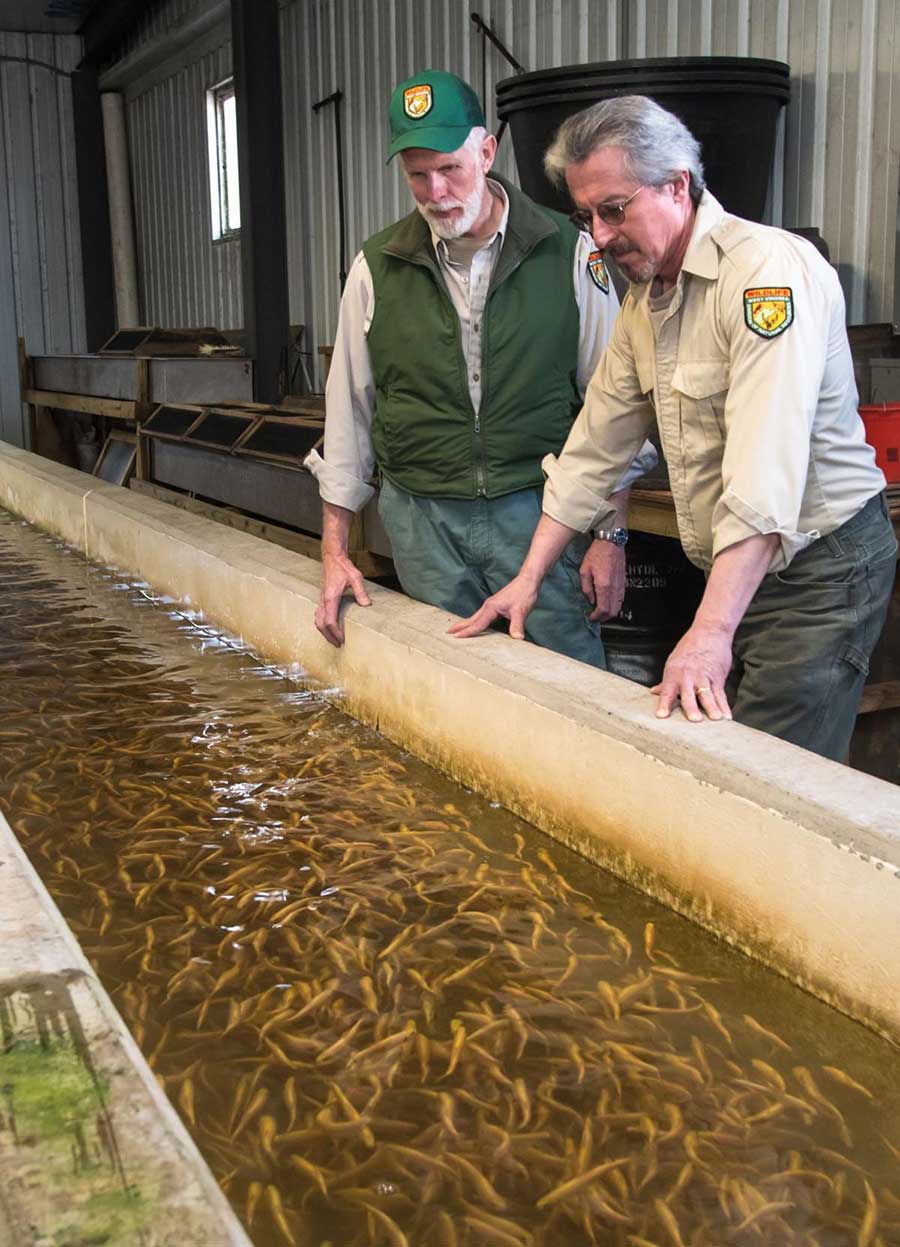 The area for drilling was small with minimal access, so utilizing multiple injection points wasn’t an option.  The 24-042 slow cure time was one way High Caliber combatted this issue, but they used a variety of other techniques to ensure the void fill was complete.

High Caliber utilized lower injection temperatures combined with long “shot” times to slow down the reaction time and increase flow.  Also four to six monitoring holes were drilled into the corners and sides of the overflow “boxes” to help determine how the polymer was flowing or the levels at which the voids were being filled.

In total High Caliber Coatings was able to fill voids and stabilize soils under 80 total overflow boxes and completely encapsulate and seal the 10” and 16” asbestos pipes. Additionally they sealed the cracks in the raceways and mitigated future water loss from these areas.  All of this was accomplished using one polyurethane application to help extend the life of the 70-year old system.

Trade Show Preview
Here’s what to expect at the World of Concrete and International Roofing Expo, the waterproofing-related exhibitors, and how to maximize the opportunities these shows offer.

Waterproofing Industry Forecast
A slowing trend in new home construction, code changes, and increasing natural disasters all have a significant effect on the waterproofing industry.  This story examines what may be in store for the next 12 months.

Sustainable Leak-Free Roofing
A wide range of roofing materials exist to provide durable, low-maintenance roofing while at the same time being friendly to the environment.

Rehabilitating Reeds Creek Fish Hatchery
By Robert Armstead
When water leakage undermined the concrete “raceways” used to raise trout, the state-run fish hatchery turned to polyurethane to fill the voids quickly and without causing issues for the fish.

Be the first to review “Winter 2020 Back Issue” Cancel reply 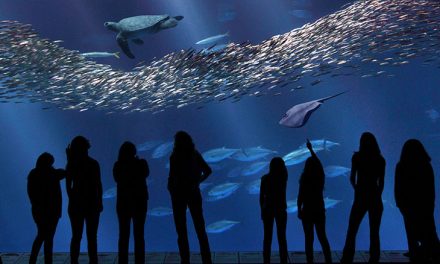 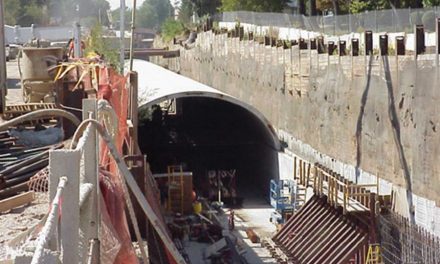 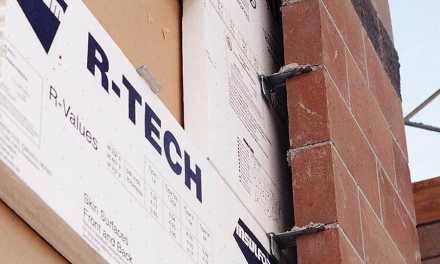 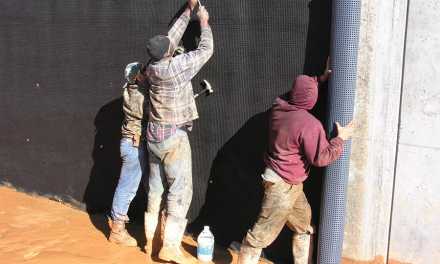