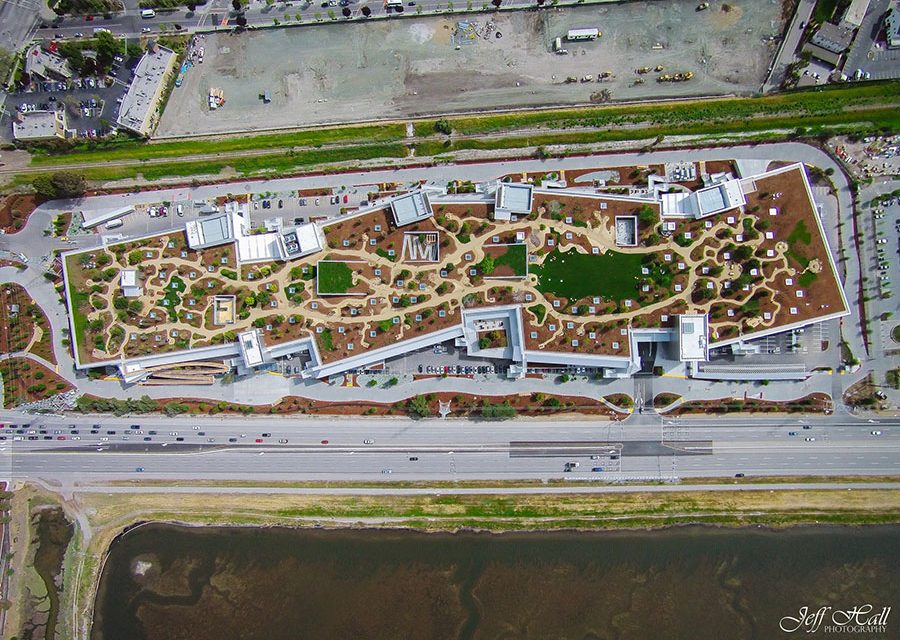 Simplifying The Two Essentials Of A Planted Roof   –By Michael McAuley

As waterproofing professionals know, one of the most crucial jobs of any roof system is to keep water out of the building.

With this in mind, it seems one of the last things a designer would want to do is create a landscaped park on the roof, as the added weight and moisture make it tougher to achieve a watertight roof assembly.

But garden roofs are growing in popularity, with 18% growth in square footage in 2015, according to Green Roofs for Healthy Cities. Washington, D.C., led the way that year, with nearly 1.6 million sq. ft. installed. Although D.C. has held the number one spot for five years, the green roof phenomenon isn’t limited to government buildings.

In 2015, Facebook opened its MPK 20 office building in Menlo Park, California, with a nine-acre living roof featuring more than 400 trees, a half-mile walking trail and small hills and valleys.

Building owners install planted roofs for a variety of reasons, ranging from reducing environmental impacts to creating an employee amenity.

“Green roofs are a key strategy for mitigating the heat island effect in our city and for effective stormwater management,” said Tommy Wells, director of the District of Columbia’s Department of Energy and Environment.

In Facebook’s case, the company’s head of human resources and recruiting says that the park-like roof, “gives space to think.”

From these statements, one might conclude that planted roofs are just the latest fad of granola crunchers. But, such roofs can deliver tangible financial benefits. Green roofs installed on commercial and public buildings provide a 224% return on investment and 5.2% internal rate of return, according to the U.S. General Services Administration (GSA). These benefits result from lower energy and stormwater management costs, less frequent roof replacement and job opportunity creation, according to the agency.

Weighing considerably less than soil, EPS geofoam is an ultra-lightweight engineered fill that can be used to create contoured landscape features such as hills and valleys. The material weighs from 0.7 to 2.85 lbs. per cubic foot, depending on the product type specified, compared to 110 to 120 lbs./cu. ft. for soil.

Despite its low weight, EPS geofoam is designed for strength, and has better load bearing capacity than most foundation soils. Geofoam’s compressive resistance ranges from approximately 2.2 psi to 18.6 psi (317 to 2,678 lbs./sq. ft.) at a 1% deformation, depending on the product.

EPS geofoam is also effective at addressing the second challenge of garden roofs, managing moisture absorption. The moisture performance of the various components in a green roof assembly is critical, as retained water imposes additional loads on the roof and increases the risk of water damage to the roof assembly. EPS geofoam which meets ASTM D6817 standards works well here as it only absorbs 2% to 4% moisture by volume, even over long-term exposure, and it dries quickly.

The moisture performance of EPS has been demonstrated in extensive in-situ applications and real-world testing, including research conducted by the U.S. Army Cold Regions Research and Engineering Laboratory. After burying EPS in wetted soil for nearly three years, the lab found that the material absorbed only 1.7% moisture by volume.

In addition to enabling lightweight, durable landscape features and helping to defend against water, EPS geofoam provides thermal insulation in garden roofs. Roofing professionals have used EPS insulation in roof assemblies for decades, as it offers the highest R-value per dollar among rigid foam insulations.

The Waterproofing Process<br>Facebook’s green roof covers nine acres and includes a half-mile walking path and more than 400 full-size trees. Many details of its construction are concealed behind a non-disclosure agreement, but generally followed the same waterproofing as the massive green roof at Chicago’s Millennium Park. Both projects used the same garden roof system and geofoam supplier. The process starts with putting together an assembly of components based on the designer’s planting outline. Installation begins with the waterproofing, in this case a fabric-reinforced, fluid-applied, rubberized asphalt membrane from American Hydrotech. The protection layer/root barrier was installed, followed by the insulation layer and geofoam fill. This assembly is then covered with a drainage/water retention sheet and covered with a geotextile filter fabric to keep the soil in place. Then the engineered lightweight growing medium is brought in and shaped to the final contours. Finally, the plants, trees, pavers and benches are set into place. Hydrotech offers a free resource handbook to architects and design community professionals covering sustainable design, roof decks, and green roof applications.

Although not what one would traditionally think of as a “roof,” another prominent project in which EPS geofoam came to the rescue is Chicago’s Maggie Daley Park (See story in the Spring 2016 issue.) Much of the 20-acre downtown park overlies the East Monroe Street Parking Garage. The garage lacked sufficient structure to hold the park’s planned rolling hills and earthen landscape features, so the project team substituted soil with lightweight geofoam to form the ground contours. “[Geofoam] allows you the freedom to be creative,” the Chicago Sun-Times quotes designer Peter Schaudt.

Although green roofs currently account for a small portion of the billions of square feet of roofs in the U.S., we can expect to see more demand for them given their aesthetic, environmental and financial benefits. High-performance materials like EPS geofoam can help provide a watertight and light green roof assembly, for long-lasting durability.

Michael McAuley is president of Insulfoam (www.insulfoam.com). McAuley has more than 20 years of experience in building material sales and production management, including 14 years at Insulfoam’s sister company, Versico Roofing Systems, as the national sales manager and general manager.

Light and Tight: Facebook Green Roof
By Michael McAuley
The flat roof on Facebook’s new headquarters has a garden roof the size of seven football fields, and includes a half-mile walking path that winds through more than 400 full-size trees.

Advances in Commercial Waterproofing
From deep foundations to rooftops, new waterproofing technologies are helping create structures that are better-performing and more cost-effective than ever before.

Greening Your Waterproofing
The green building movement has raised expectations for waterproofing products, with a shift towards more eco-friendly solvents, easier recycling, and entirely new types of waterproofing.

Be the first to review “Summer 2017 Back Issue” Cancel reply 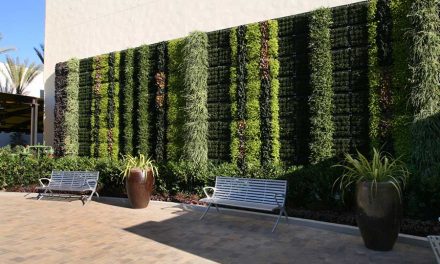 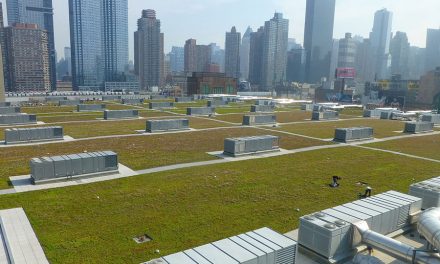