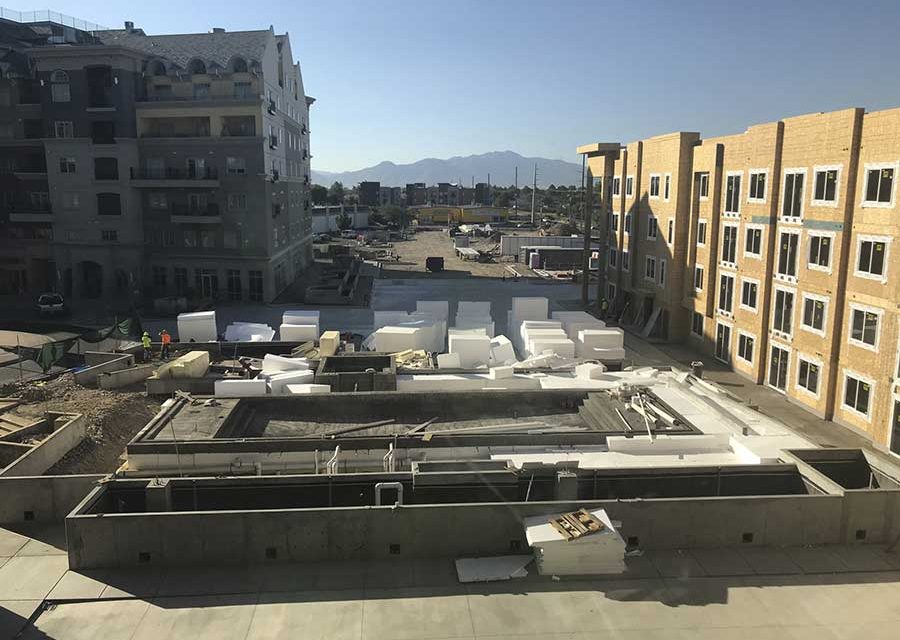 Nearly 50 percent of the population of Orem, Utah, is comprised of young families with children under the age of 18 years old. This relatively high statistic isn’t surprising, as the high desert city was named one of the “best places to raise a family” by Forbes.com in 2016. And with a rapidly growing population comes an increased demand for housing.

To meet the city’s growing housing needs, The Ritchie Group, a second-generation real estate development company, purchased an unfinished mixed-use development in 2015. Dubbed “Midtown 360,” the massive 425,000 square foot complex was designed to accommodate both residential and commercial real estate needs; retail space accompanies 390 contemporary apartment units and abundant underground parking. And a major draw for potential residents is a luxurious outdoor swimming pool on the first floor of the building. 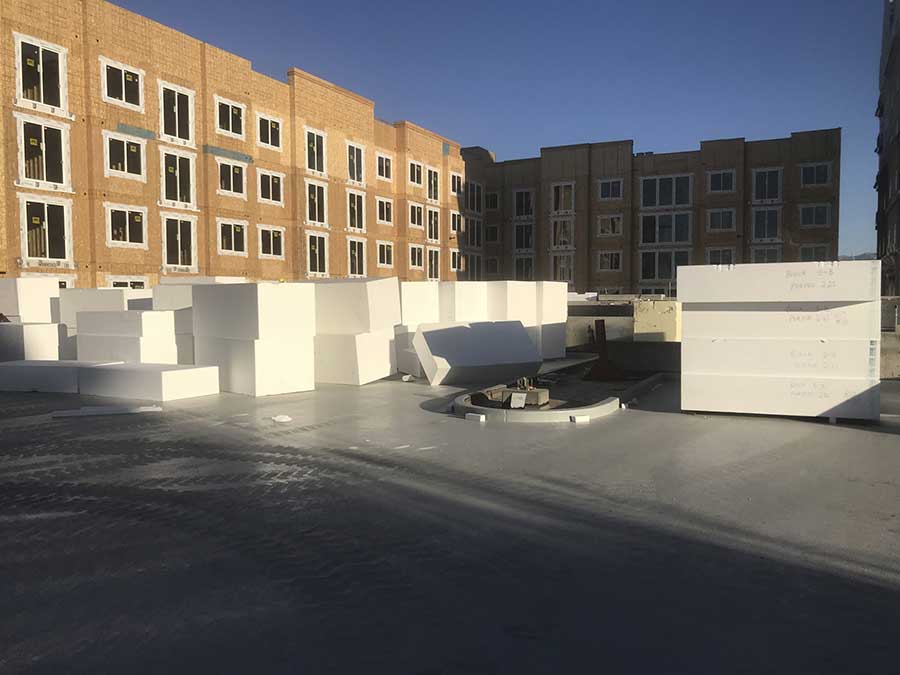 To dream up a finished pool vicinity, project architects opted to use Geofoam as a structural void fill.

To dream up a finished pool vicinity, The Ritchie Group enlisted Harris Architecture, a locally based firm specializing in commercial and residential design. Right off the bat, sourcing an appropriate void fill for the application proved difficult, considering the material needed to be light enough to be installed on top of a sub-grade parking garage. To meet this challenge, Harris elected to use expanded polystyrene (EPS) Geofoam (GF) by InsulFoam as an ultra-lightweight structural void fill.

“Our InsulFoam GF was the right choice for this pool structure because it’s so strong and yet so lightweight,” said Jason Wood, Insulfoam’s territory sales manager. “This unique fusion of characteristics is ideal in a pool construction setting where the supporting structure—in this case, the garage—isn’t capable of bearing the load of a traditional void fill material such as concrete.”

Despite its lightweight nature, InsulFoam GF offers superior compressive strength performance. As an engineered product, InsulFoam can customize the material to offer values ranging from about 317 to 2,678 pounds per square foot at a 1 percent strain. And with higher load bearing densities, a layer of InsulFoam GF will greatly reduce the stress on the project’s underlying subgrades, offering improved stability against bearing failures. And because the material inherently disperses the load evenly across a surface, it minimizes post-construction settling.

“InsulFoam GF’s ultra-lightweight and strong nature is impressive for more reasons than one,” adds Wood. “Our void fill solutions also support time and cost-savings, making a positive impact on a project’s bottom line.”

With a lightweight payload, crews were able to efficiently transport, maneuver and install nearly 13,720 cubic feet of material. And since InsulFoam GF blocks can be stacked like oversized puzzle pieces that lock into place with ease, smaller crews operate with exceptional time-efficiency. The lightweight nature of the void fill alternative can also reduce or eliminate the need for heavy earth moving and compaction equipment. This is particularly advantageous at precarious project sites that hum with activity, much like the bustling Midtown 360 complex.

In 2019, the pounding of hammers at Midtown 360 was replaced with the splashing of water on the apartment complex’s newly minted pool deck. Supported by a high-performance void fill from Insulfoam, the swimming pool and surround quickly became a coveted destination for residents. The material’s ultra-lightweight nature paired with its superior compressive strength is sure to support sun-drenched memories in the water for decades to come.

Cold Vs. Hot-Applied Liquid Applied Membranes and Coatings
By Greg Austin
An expert in liquid applied membranes and coatings discusses the unique set of features and benefits to cold-applied and hot-applied waterproofing products. Which type is more durable?

Insulfoam’s Geofoam Completes Swimming Pool
The massive Midtown 360 425,000 square foot complex was designed to accommodate both residential and commercial real estate needs. And a major draw for potential residents is a luxurious outdoor swimming pool on the first floor of the building.

Waterproofing Pool Decks
By Vanessa Salvia
Concrete is more vulnerable than it seems, especially when it comes to water damage. Since a pool deck is constantly exposed to water, one of the first signs of damage to appear is cracks.

Largest Waterfront in the Southeast
By Meredith Cook
The city of St. Petersburg welcomed Floridians to a revitalized 26-acre attraction—St. Pete Pier. Serving as a premier destination for residents and visitors alike, the new pier hosts amenities ranging from an open-air market to performance spaces.

Roofing Collaboration For Shriner’s International Project
Polyglass U.S.A. Inc., a leading manufacturer of roofing and waterproofing systems, teamed up with D&D Roofing, a roofing contractor in Nevada, to provide a new roofing system for a Shriner’s Kerack in Reno.

Strengthening Your Waterproof Business
By Vanessa Salvia
The world has changed. Because of COVID and how that limited in-person interactions, yes, but even before that, online interactions were becoming more commonplace. So what can waterproofing companies do to keep themselves visible and relevant? Here are some ideas.

Be the first to review “Winter 2022 Back Issue” Cancel reply 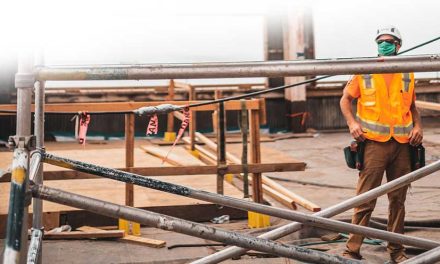 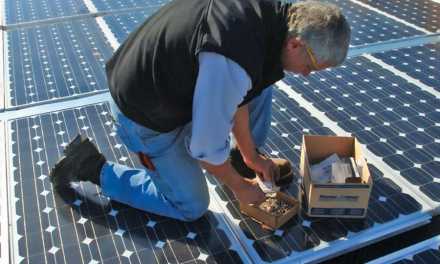 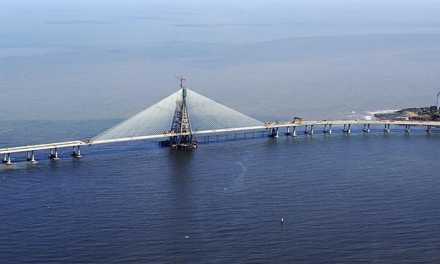