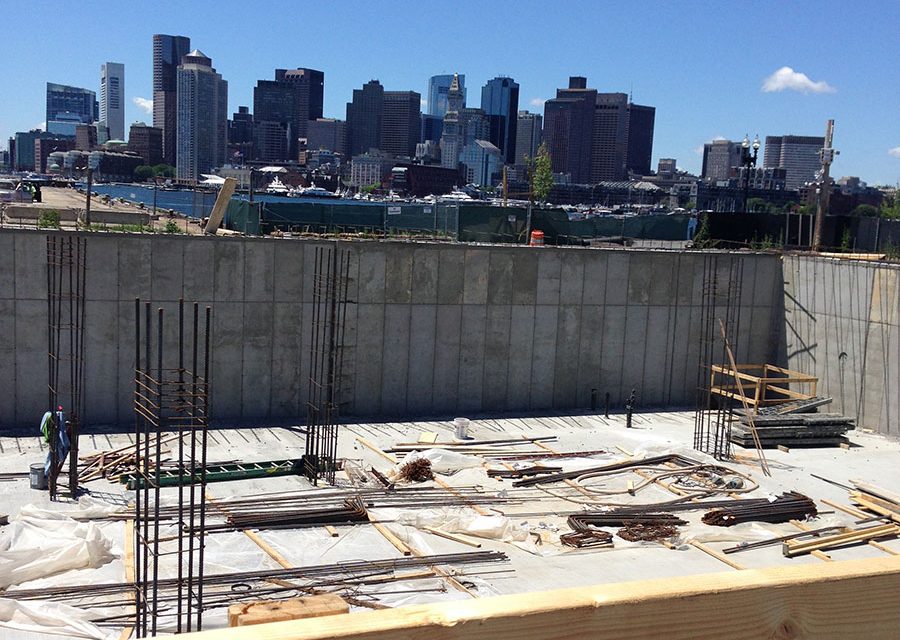 Waterproofing admixures can eliminate the need for membranes.  They can even self-seal hairline cracks.

Concrete is the world’s most versatile construction material.  When  mixed and placed in accordance with accepted standards, it offers outstanding strength, performance and durability.

In practice however, concrete is exposed to variables during production and placing that leave it permeable to water, even in its hardened state.  Additionally, concrete is prone to cracking.

That’s why nearly all commercial concrete projects require some type of waterproofing system.  Traditionally, this has been a spray-applied coating or a self-adhered sheet membrane.  Over the past few decades, a new waterproofing technology has been gaining popularity.  Called integral waterproofing, it makes the concrete itself impervious to moisture.  While some products can be applied to existing concrete, it’s most effective when added directly to the wet concrete as part of the mix design.  This not only ensures better protection, but eliminates the time and labor associated with applying membranes after the pour.

Integral waterproofing products are available from at least a dozen different companies, and most offer a number of different formulations.  However, they all work in one of three ways.  Densifiers fill the microscopic pores in the concrete matrix to eliminate water infiltration.  Water repellants make the concrete hydrophobic.  Crystalline products cause microscopic, water-blocking crystals to seal pores and hairline fractures.

Densifiers use pozzolans—usually silica fume or other silicates—to fill the pores in the concrete matrix.  In its original form, silica fume is extremely fine, with about the same size particles as cigarette smoke. It’s an industrial byproduct, and as part of pollution control, these particles are captured, condensed, and sold as a concrete additive.

Because of the extremely fine particle size and the high silicon dioxide content, it reacts readily with water and fills the microscopic pores in the concrete.  It also adds considerable strength to the mix; compressive strengths in excess of 15,000 psi can be readily produced.

Densifier-type integral water-proofers are a top choice when high-strength concrete is needed, or when concrete will be exposed to de-icing salt such and in roadways and bridges.

Repellants work by causing water to bead on the surface of the concrete.  The surface tension of the water itself keeps it from being able to penetrate the wall.   The active ingredient of these admixtures is usually a stearate or petroleum-based oil.

This type of integral waterproofing is popular for above-grade work, such as precast cladding panels.  Hycrete is one example of this type of waterproofing admixture.  It combines with metallic ions in the cement paste to form a water-insoluble polymer which physically blocks pores in the concrete, keeping water from passing through the concrete. It also binds to steel reinforcement to inhibits corrosion.

Crystalline Technology is a third class of integral admixtures. The chemical composition of each brand of crystalline waterproofing is different, but the basic technology is the same.  In the presence of water, the products react with calcium hydroxide and other byproducts of cement hydration to create crystals that fill the pores and hairline cracks in concrete.  This reaction will occur for the entire life of the concrete structure, giving crystalline-treated concrete the ability to “self-seal.”

Because it offers such complete, long-lasting protection, integral waterproofing is especially useful in highly corrosive environments and for high-consequence projects where failure isn’t an option.

It can reduce installation labor, improve the recyclability of concrete at the end of the lifecycle (no membranes to scrape off and remove), and can contribute points to some green building rating systems.

The recommended dosage for CWS is 22 oz. per cubic yard, and can be added at the  batching plant or to the truck hopper at the jobsite.

Most admixtures are powdered, although Aquafin markets a liquid admixture (Aquafin-IC) which claims to eliminate the risk of clumping and enhances distribution.  It should be noted that Xypex crystalline admixture is marketed in soluble bags that have over ten years of field use with negligible reports of clumping or dispersion issues.

Gregory Maugeri and William Della Sorte are owners of New England Dry Concrete, and over the past 15 years have built a reputation as one of the nation’s leading waterproofers, specializing in sealing concrete using crystalline integral admixtures from Kryton.

They have worked on thousands of projects across the US, covering all types of commercial construction, including dams, tanks, parking garages, water treatment plants, tunnels, and commercial and industrial buildings.

The foundation for this 15-story, mixed-use development in Manhattan was sealed using integral crystalline waterproofing.

One recent example is a 15-story, mixed-use development in Manhattan.  They used Krystol Internal Membrane (KIM) to waterproof the foundation.  The building will have 8,000 sq. ft. of commercial space at street level, with 75 apartments above and parking below.

Maugeri says, “Kryton’s KIM admix has been used successfully in so many projects throughout the Northeast.  The design community has fully accepted the use of admixes as an outright replacement for membranes.”  Maugeri notes that the recent changes in the New York City building code no longer specify membranes specifically, but instead allow designers to choose whatever waterproofing system they wish to use, including integral waterproofing.

Maugeri is also involved in a massive redevelopment project along the Brooklyn waterfront.  The site is home to a historic sugar refinery—once the largest in the world— that operated for more than a century before being shuttered in 2004.   The 11-acre plot is being transformed from a dilapidated and dangerous area into a mix of housing, office space, retail, and an enormous waterfront public park.

The hub of this megaproject is the renovated Domino Sugar refinery, and a big part of that is protecting and waterproofing it from the waterfront weather conditions. The developer, Two Trees Management, chose Kryton’s crystalline waterproofing for the first of the five towers, based on a positive experience with KIM’s effectiveness on a previous job.  As the product’s distributor in the Northeast, Greg Maugeri of Dry Concrete LLC was instrumental in providing consultative services, site visits and after sales support.

In this case, the waterproofing admixture was mixed into the reinforcing shotcrete, and in all the concrete used in the foundation, including the base slab, walls, pits and ramp.  Then, the company’s Waterstop Grout and Waterstop Treatment was applied to all the construction joints for additional security.

In total, more than 6,000 cubic yards of treated concrete was used.

Crystalline waterproofing admix-tures were also used extensively in the decade-long rebuilding of the Miami International Airport.  With a price tag estimated at  $3 billion, and divided into 12 phases, the work included an overhaul of both the North and South Terminals, the rail line connecting them, improved baggage handling, and new parking aprons.

Kiewit Construction, the general contractor, reports that the parking aprons alone required 80,000 cubic yards of concrete.  The concrete was waterproofed with Tecnorap’s CWS admix. It’s crystalline product, composed of moisture activated chemicals and fine aggregates.  It uses the existing moisture and free lime held within the concrete matrix to create a continuous barrier of insoluble crystals and ensures permanent watertight concrete. Should water penetrate the concrete, the dormant crystallized chemicals reactivate on contact with moisture and will effectively reseal the concrete.

Crystalline waterproofing can be used to seal existing concrete. As noted earlier, several companies make a crystalline slurry coat that is troweled or brushed on.  A few make liquid crystalline products that can be sprayed on the surface using a backpack sprayer.  Reportedly they work well to seal even decades-old concrete.

Will Mickiewicz, territory manager at Tecnorap, says their liquid-applied product called TechCrete 2500 (formerly Radcon) was developed about 40 years ago and imitates the self-healing properties of skin.  “It heals cracks permanently upon application, and stays consistently reactive for the life of the structure,” he says.

Surface preparation is similar to other waterproofing methods.  If there’s an existing membrane, it must be removed by shotblasting or a similar method.  Otherwise, a powerwasher is usually sufficient.  “Basically, the substrate must be clean, dry, bare concrete,” he says.

The clear, odorless material is applied with an inexpensive sprayer, and goes on like water.  Mickiewicz says it works equally well for vertical and horizontal surfaces.  He says, “It’s water-based and water-reactive, so after it has dried (which takes two to six hours) the applicator comes back and floods the surface with a garden hose.  The water pushes the TechCrete deeper into the pores of the concrete, and also catalyzes the material to form a gel, which seals the surface.”

As part of the waterproofing process, the material actually increases hardness of concrete, raising hardness from a 6 to an 8 on the Mohs scale. That makes the concrete as tough as granite. Mickiewicz says, “The waterproofing lasts indefinitely.  It’s going to seal the surface, heal the cracks, and stop the leaking.  It also preserves the surface from corrosion and hardens the surface to prevent degradation.”

In addition to its hardness, it can also handle extreme temperatures—up to 320 degrees Fahrenheit.  It is not an asphalt or a rubber, so it’s a great fit when high temperatures are a concern.  For instance, it was used as the sealant for the King Abdullah Bridge in Saudi Arabia.

Maugeri cautions, “Don’t confuse true crystalline products with those that are simply concrete densifiers or pore blockers. Similarly, take note that some products only crystallize as they dry, and will not reactivate in the presence of water to seal cracks. Products containing silicates, stearates, or talc will not provide permanent, long-term waterproofing.” 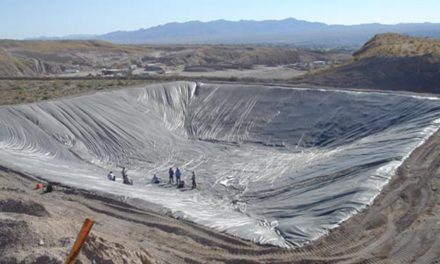 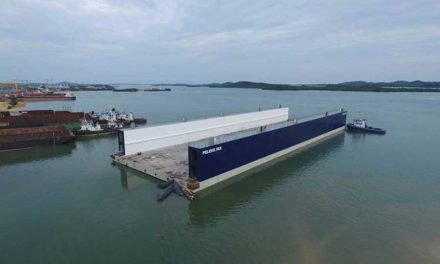 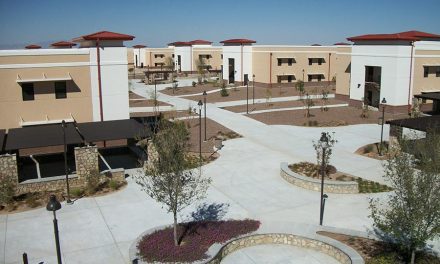 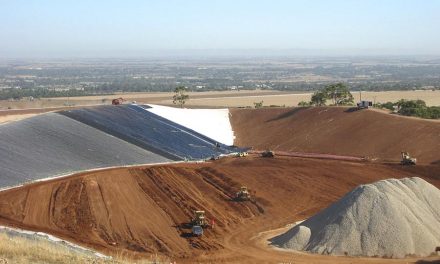