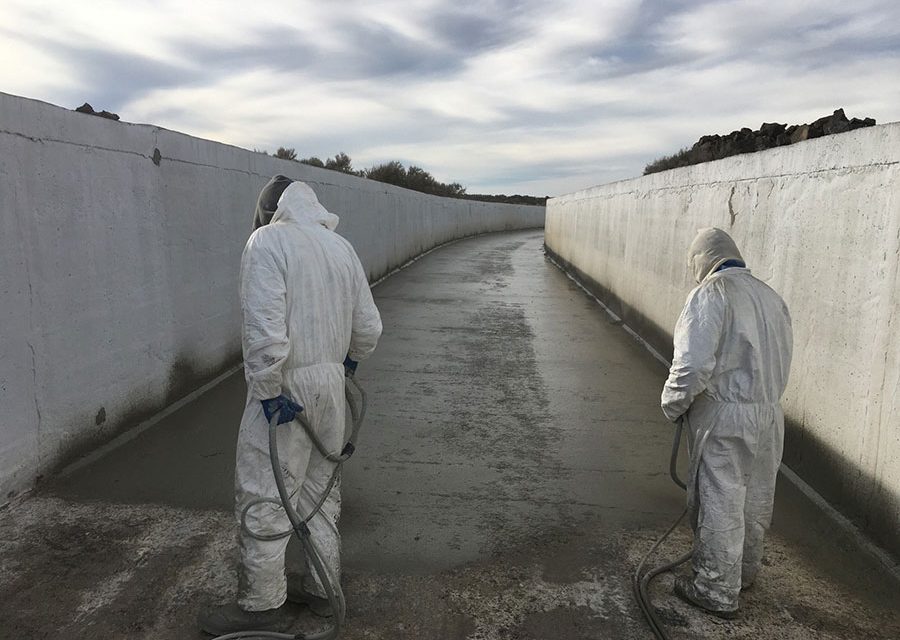 The concrete in this canal was restored and waterproofed with a crystalline waterproofing compound, saving millions of dollars.

Waterproofers and engineers understand that concrete is porous.   Unless care is taken, hairline cracks and microscopic pores will allow water to penetrate into the concrete matrix, corroding rebar and causing spalling.

When the job extends deep below grade, or when the structure is in constant contact with water, it becomes even more important to ensure that the waterproofing systems perform as designed.

Enhance ICD (Canada) Inc., was part of a team tasked to repair a leaking precast concrete sanitary cistern.   ICD stands for Intelligent Concrete Design, with the company specializing in additives and chemical admixtures that improve the performance of concrete, by way of modified cement hydration.

Specialty joint sealants were needed to seal this holding tank against hydrostatic pressure.

The client was a large oil producer, and a dominant player in the Alberta oil sands.  Contractors had constructed the cistern in difficult winter conditions, and the sealants used failed to bond.  The tank was approximately 50 feet deep, half of which was below the water table, and the ground water was causing the cistern base to subside.

Months of efforts to resolve the leaks were unsuccessful. A coatings consultant on the project recommended contacting Enhance ICD.

Enhance ICD proposed a solution and successfully solved the problem within four days of arriving on site.

The first step, taken before the repair crew arrived, was dewatering the site and pumping out the 23 feet of water that had accumulated.  The interior was pressure-washed and Enhance EPC, a versatile penetrating hydrator/desiccator, manufactured by the company, was sprayed onto the entire interior while the concrete was still saturated.

He continues, “the same chemistry is being used to resolve leaks at Fukushima”

Within two days at the Alberta site, the concrete was visibly drier, and specialty joint sealants from ICI/Devoe were applied for additional protection.  These were specifically selected in order to resist the corrosive liquids the tank would contain.

John MacDonald, VP of Business Development says, “Contractors who waterproof concrete usually have to dry the concrete first as coatings do not adhere to wet, porous concrete.  If adhesion is achieved, this is temporary at best. The ICD solution was successful because the Achilles heel of bonding to concrete is addressed by a unique technology focused on cement hydration.”

In Idaho, the Milner Gooding Canal has provided vital water to the farmers in the south central part of the state since its construction in the 1930s.  A few years ago, canal managers noticed extensive deterioration in the concrete lining due to frequent freeze-thaw cycles and saturated concrete.

The owner, Big Wood Canal Company of Shoshone, Idaho, hired MWH Global who, after thorough analysis, determined the flume was still in sound structural condition and did not need replacement with a new structure. Instead, they recommended restoring and waterproofing  the existing structure with a crystalline waterproofing compound, a solution that would protect it against freeze/thaw damage while saving millions of dollars in the process.

High-pressure water blasted away decades of lime deposits (above). Workers then spray-applied waterproofing to the two miles of concrete flume (below).

Guaranteed Waterproofing Com-pany of Salt Lake City, Utah won the bid to seal 2.2 miles of concrete flume.  First, they used high pressure water blasting to remove the decades of lime deposits. Once these were removed and the surfaces were clean, Xypex Megamix II was used to patch badly deteriorated areas.  Then, workers spray-applied a coat of Xypex Concentrate at a coverage rate of 2 lbs./sq. yd. In total, they repaired and/or treated 375,000 sq. ft. of concrete.

A video of this project is available on YouTube. 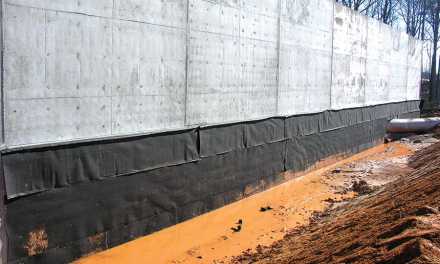 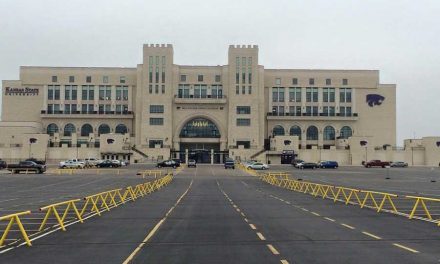 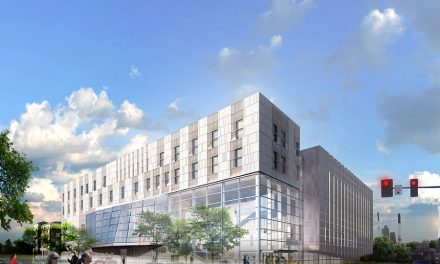